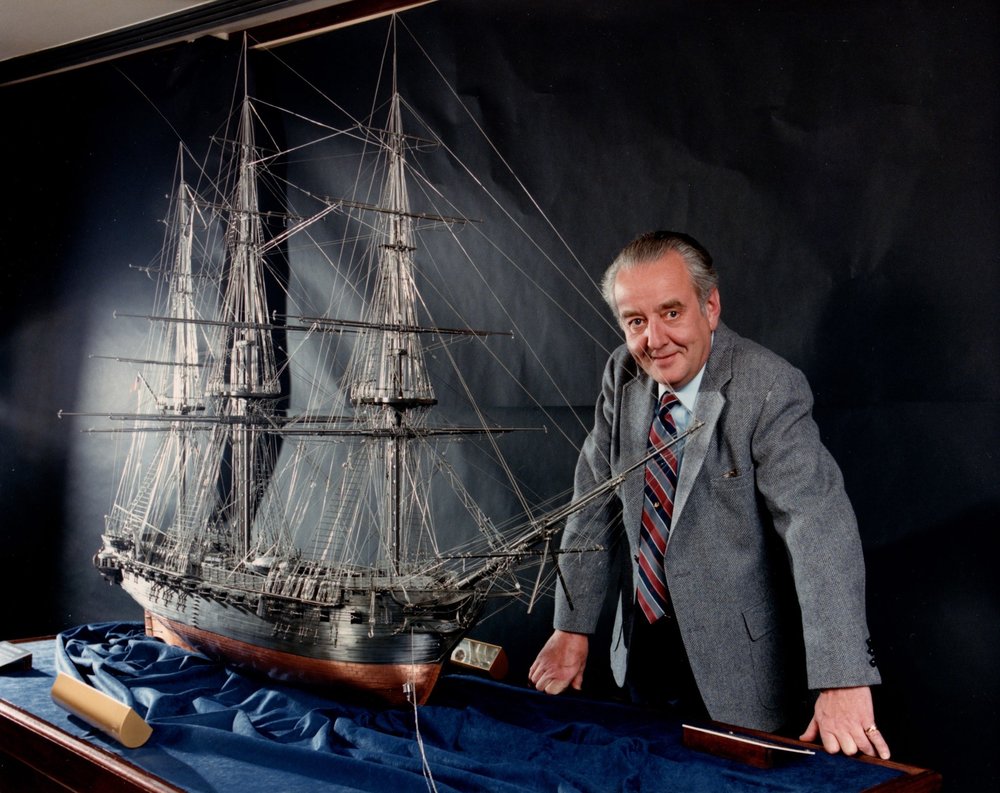 Obituary of Olof A. Eriksen

Born July 10, 1936 in Bergen, Norway – one of seven brothers – passed away September 4, 2020 after a long fight with kidney & heart disease.  He emigrated to his beloved America in April 1956.  An engineer by trade, he held positions at Resistoflex, Foster Wheeler, Metem Corporation and General Machine & Instrument before starting his own business, Unique Systems, in 1973.  He was awarded several patents & trademarks throughout his career.

As a former member of Rockaway River Country Club, he played golf for many years.  He was also a member of the Ship Model Society of Northern NJ, stamp club and various other societies & memberships.

An avid model builder, he built award winning ship models fabricated from steel which were on display in Trump Castle (Atlantic City, NJ) and Liberty Science Center (Jersey City, NJ).  His scale model of the USS Constitution was featured on the cover and throughout the United States Naval Academy Yearbook “Lucky Bag” in 1987.

He was a generous man with many God-given talents.  He will be sorely missed by all who knew him.

He is survived by his loving wife, Elaine, son Kenneth, daughter Diane Ewald and her husband Paul, grandson Andrew Ewald, his Unique Systems family and relatives in both the United States & Scandinavia.

Friends and relatives may visit on Thursday, September 10, 2020 from 4- 8 pm.  A Mass of Christian Burial will be celebrated on Friday, September 11th at 10 am at St. Mary's Church, Denville.  Interment to follow at Hollywood Memorial Park, Union, NJ.  In lieu of flowers, donations may be made in his honor to American Heart Association, American Kidney Fund, National Kidney Foundation or St. Jude’s Children’s Research Hospital.

Share Your Memory of
Olof
Upload Your Memory View All Memories
Be the first to upload a memory!