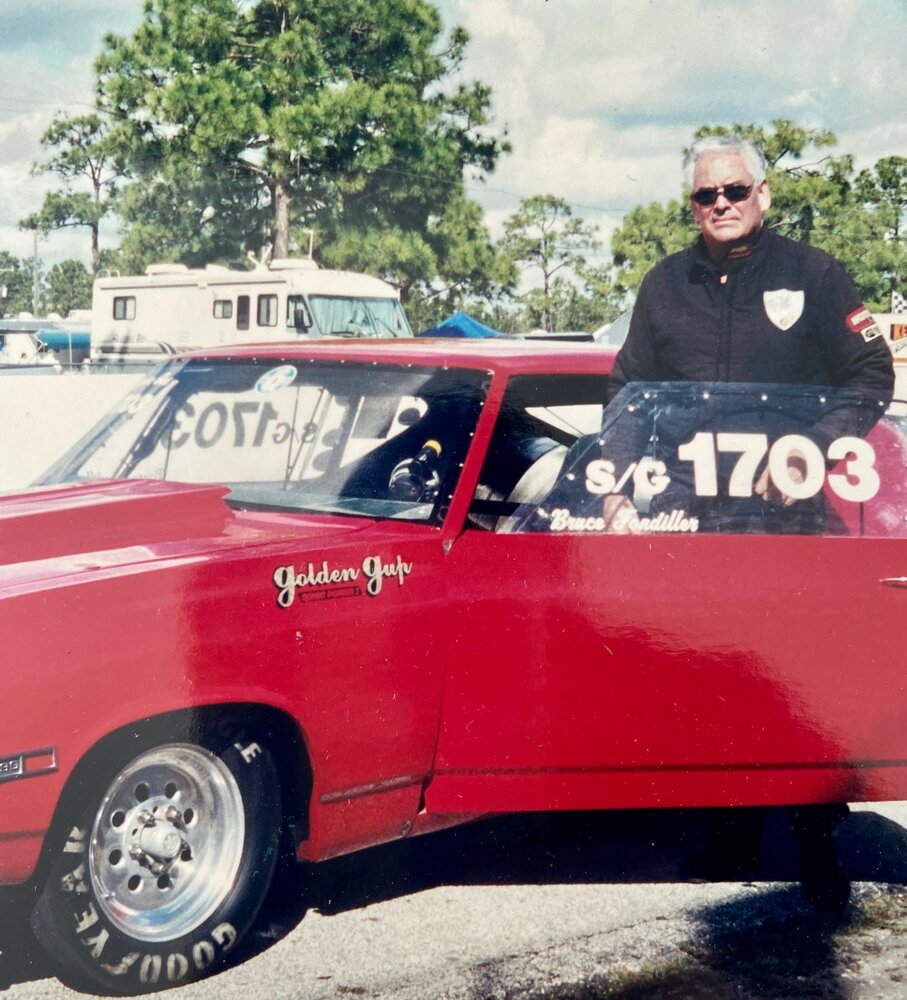 Bruce R. Fondiller passed away peacefully after a valiant fight on October 1, 2021.  He shared 79 years of love and dedication to his family and community. Visiting hours will be held on Thursday, October 7th from 4- 7 pm at the Norman Dean Home For Services, 16 Righter Ave, Denville.  A Funeral Service will be held the following morning at 11 am at the funeral home. Burial to follow at the Denville Cemetery.  Donations in his memory may be made to the good work of The Honor Legion, 87-71 Lefferts Blvd, Richmond Hill, NY 11418.

Please share your memories here.  His family will cherish them.

Bruce was born on NYC’s Lower East Side on July 11, 1942 and adopted by the late Joseph and Mildred Fondiller. Along with his sister Carol (also adopted), he was one of two children to bless the family who grew up in Upper Montclair, NJ.. During his high school years he was an avid champion wrestler. After his schooling (Perkiomen and the NJ Police Academy) he applied for a position with the Denville Police Department becoming a police officer with the Denville force on September 23, 1966. Shortly after beginning his career as an officer of the law, Bruce married his sweetheart Elinore (Nonie) and they started a family.  Together they were the proud parents to four children. On October 4, 1972 he was promoted to Sgt, in 1987 to Det/Sgt, and in 1990 Det/Lt. He served dutifully and bravely for 25 years retiring as a Lieutenant in 1991. Promoted and cited numerous times for heroic acts during his career, he was a proud member of the Honor Legion and was an arresting officer on one of the largest marijuana seizures in NJ State history. Tragically, Elinore passed away in 1981 leaving Bruce and the kids. He worked extremely hard to provide for his young family and see them through the ups and downs in their lives.

Bruce was blessed to meet Gloria Jean Holdren and with her came another child to love. He had a lifelong obsession with cars and racing and after his retirement from the police department, he worked for a time with a couple of NHRA nitro burning funny car teams traveling the United States. He loved wrenching on cars both old and new and tinkering in general, often taking things apart and putting them back together.  He loved drag racing, car shows, beer and a good time. Bruce was a lifelong radio enthusiast and a HAM radio operator taking great pleasure in communicating with other operators worldwide. He was an active member of several radio clubs in New Jersey and Florida and most recently a member of the Cape Ann Radio Club in Massachusetts. He had a great sense of humor, loved to laugh, play games, watch old movies and he was a huge boxing fan. He loved his time with family, friends and his time with his seven grandchildren.  He moved to Florida in 2004 and he was later engaged to fiance Kim Gabrielle where they happily shared a life together for a time. After Kim sadly passed away, he moved to Massachusetts in 2019 to be closer to his family.

Bruce was a kind, loving man who was generous of spirit. He loved taking care of all those around him, he was a protector, so it was absolutely fitting that he gravitated towards a career in Police work. Although we are deeply saddened by his passing we take comfort in knowing he is at peace.

Share Your Memory of
Bruce
Upload Your Memory View All Memories
Be the first to upload a memory!