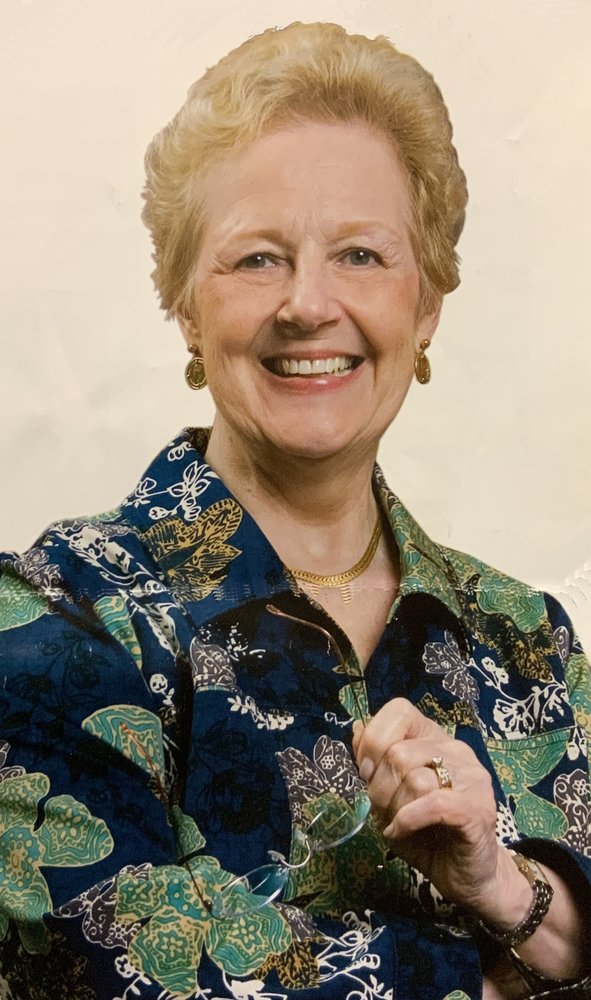 Arden Davis Melick passed away peacefully at her home in Denville on Wednesday, January 13, 2021.  She had just celebrated her 80th birthday via Zoom with her extended family. The cause was leukemia. Due to the current health crisis, Arden’s immediate family will gather privately prior to internment at the Rockaway Presbyterian Church Cemetery.  Donations in her name may be made to Centenary University.

Born in Irvington on December 31, 1940 just moments before the New Year, Arden was the oldest of two children of Bernice Spies and Arthur Laird Davis. She graduated from Columbia H.S. and earned her Associate of Arts degree at Centenary College for Women (now Centenary University) in Hackettstown, NJ. After the birth of her three sons she earned a Bachelor of Arts degree from Seton Hall University, and a Master of Arts degree in Communications from the S.I. Newhouse School of Journalism at Syracuse University.

Arden’s pioneering career in corporate communications includes credit for many notable innovations, including, in the 70’s, a transformation of the corporate annual report from a staid, financial document to an accessible, lively, magazine-format vehicle for the communication of corporate identity. With tact, imagination and canny strategy Arden prevailed upon tradition-bound board rooms — in which she was the only woman — to adapt to new paradigms of the public/public company relationship. A founder of Executive Women of New Jersey, Arden developed and amplified corporate identities for Fidelity Union Bank, Suburban Propane Corporation, National Distillers and Chemical Corporation and Brooklyn Union Gas Corporation/KeySpan Energy, finally retiring as a Director of Consulting at PWC.

In the public sector, as the Deputy Assistant Secretary of Commerce in the administration of Gov. Thomas Kean, Arden spearheaded the indelible “New Jersey and You” campaign. Fittingly, Arden was inducted into the New Jersey Advertising Hall of Fame and served as President of the Advertising Club or New Jersey.

Arden was the author of many books including Wives of the Presidents; A Taste of White House Cooking; Dolley Madison, First Lady; and, with Sid Frank, Presidential Tidbits and Trivia. Before earning her Bachelors degree Arden covered New Jersey state and county government for the Associated Press, edited The Mobile Travel Guide and wrote for Soap Opera Digest.

She was a resourceful and adaptable Mother to her three sons and their indomitable Believer-In-Chief.  In April 2001 Arden married Frederic T. Shapiro.  They resided in Manhattan until moving to Denville in 2015. Frederic passed away in 2016. (Arden’s first marriage, to David M. Melick, ended in divorce.) In addition to her husband Arden is predeceased by her son Douglas D. Melick (2017). She is survived by her brother, Douglas S. Davis (Maryellen Davis) and her nephew Matthew A. Davis; her sons Randolph L. Melick (Ruth Ernst) and David L. Melick (Patti Kavee); her daughter-in-law Maki Melick; her four grandchildren Emily, Benjamin, Abigail and Elinor; and many dear friends, fans and relatives.  The Melick family wishes to thank The Oaks at Denville community for its embrace of Arden and Fred, and to express special gratitude to Mom’s caretaker Alyana for the joy, care and companionship she provided her in her final months.

Share Your Memory of
Arden
Upload Your Memory View All Memories
Be the first to upload a memory!