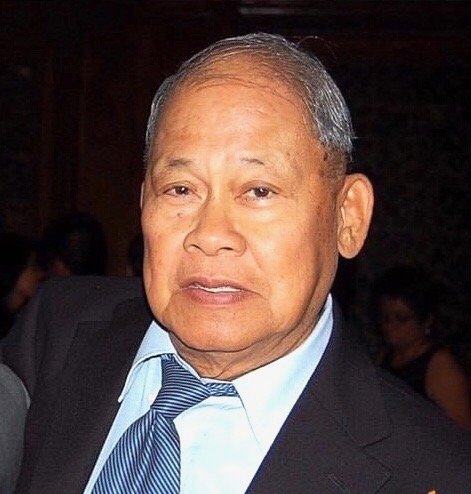 Artemio was born on September 2, 1935 in Pasay City, Philippines to Pio Jazmin Bautista,a nurse/laboratory technician and Cirila Cayaban Garlitos,a teacher. He completed his Liberal Arts degree from the Colegio de San Juan de Letran-Manila and his Doctor of Medicine from the Manila Central University.

Artemio started his military career as a First Lieutenant in the Medical Corps in 1966.Under the joint United States Army-Philippine Army operation named PhilcagV 11, he served as a surgeon in the Medical Evacuation and the Medical Detachment teams in Tay Ninh,South Vietnam from 1967 to 1969. After his deployment he went for his specialty training in EENT. He was Chief of EENT Services and Chief of Professional Services, overseeing the Medical Residency Programs at the General Headquarters Army Station Hospital at Fort Bonifacio,Taguig, Metro Manila. After twenty years of service he retired as a Colonel in 1986.

He and his wife moved to the United States in 1986 to join their older children and to pave the way for the migration of their younger children. He worked with the Respiratory Department and the Pulmonary Function Testing at the Robert Wood Johnson Medical Center in New Brunswick, New Jersey.

Artemio married his high school sweetheart,Porfiria Orence. They raised six children together. Through his military assignments they kept their family grounded in their hometown of Mangatarem,Pangasinan. He was home most weekends or the family travelled to his assignment cities during school breaks. This love to travel and explore is evidently passed on to their children and their families.

The couple became residents of Denville and parishioners of Saint Mary’s Church in 1997. With all the grandchildren raised in the United States he was able to spend precious quality time with them. He learned baby-sitting skills for the very first time.The grandchildren vouch for and rave over his pancakes, sausages,Cup O noodles and potato omelets.

Artemio was blessed with a long, full and fulfilled life. He will be missed by his family. His grandchildren adore him. They continue his passion for a good education and the commitment to serve with most of them following in his footsteps in various branches of the medical profession or community service.

His legacy lives on.

Share Your Memory of
Artemio
Upload Your Memory View All Memories
Be the first to upload a memory!