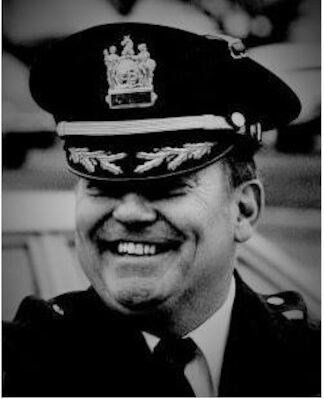 Anthony (Tony) was born in 1929 in Exeter, PA to Anthony P. Strungis, Sr. and Antonina Yastrzemski. He was the youngest brother of three boys to include Stanley and Edward.

Tony was drafted into the Army in 1951 with an honorable discharge in 1953. At this time, Tony was introduced to Marilyn J. Beihl of Bernardsville, NJ who would become the love of his life. Their initial contact was through letter writing initiated by mutual friends. Marilyn recounts their first date to The Community Theatre in Morristown. When Tony arrived to pick her up, while descending the stairs, she managed to fall down them. As Marilyn says, she literally fell for him. They continued to the theatre where Tony promptly fell asleep. A match was made! Marilyn and Tony married on January 9, 1954.

Tony and Marilyn moved to Denville, NJ in 1955 with the first of their four children. He was a cabinet maker and for many years continued doing carpentry work, including many additions to their home. In 1957, Tony started his career in law enforcement with the Denville Police Department. He retired from the department as Chief in 1983 with a BS from William Paterson University. He was a graduate of the FBI National Academy for municipal police executives.

Tony enjoyed surf fishing from the beach during the winters that he and Marilyn spent in Florida. He never heard a polka he didn't love. Life with his family was paramount. He was a kind, dependable father and an honest, helpful human being. These are only a few of the many attributes that he possessed.

Tony was active in the following services and organizations: U.S. Army (1951-1953), Knights of Columbus, Lions Club, parishioner of St. Mary's Church Denville, NJ, NJSPBA Member (1957-1983), Member of the American Legion Post 390. He was a longtime volunteer with Meals on Wheels and serving meals at the Denville Senior Center.

Share Your Memory of
Anthony
Upload Your Memory View All Memories
Be the first to upload a memory!