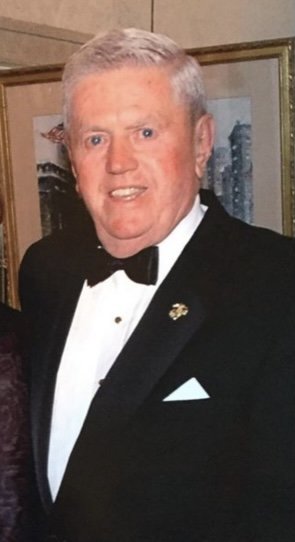 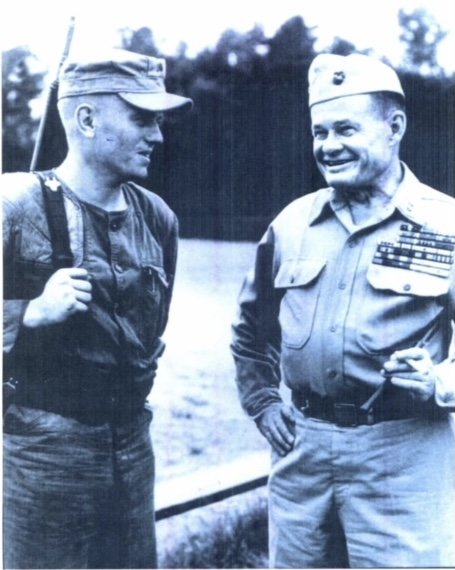 Warren “Pete” Haas passed peacefully on Thursday, December 3, 2020.  He shared 93 years of faith and patriotism with his family and friends.  A Mass of Christian Burial will be celebrated on Saturday, December 12, 2020 at 10:00 am at Saint Catherine of Siena Church, 10 N. Pocono Road, Mountain Lakes. Pete's Mass will be livestreamed here for all to attend virtually. Interment to follow at Gate of Heaven Cemetery, East Hanover.  In lieu of flowers, donations in his name are being accepted to the good work of the Marine Corps Law Enforcement Foundation, https://www.mc-lef.org

Pete was born to the late Joseph and Betty Haas in 1927.  He was a lifelong resident of Denville and was affectionately known as "Sergeant Major". Pete dedicated his life to serving others. He served with the Mountain Lakes Fire Department, Police Department and created the Marine Corps Law Enforcement Foundation. In his professional life, he was on the board of directors for New Jersey Natural Gas, had his own seat on the NY Stock Exchange and was instrumental in the growth, success, and development of Mountain Lakes.  Pete always said to keep this brief and to mention three things- he loved his family; he loved his country; and he was a Marine.

From The Mountain Lakes Police Department:

It is with great sadness and a heavy heart that we report long-time Mountain Lakes resident, Warren "Pete" Haas, has died at the age of 93. For those that may have known "Pete" as he was affectionately known, or "Sergeant Major", referring to the rank he achieved while serving in the United States Marine Corps, he was a man of many successes and achievements--more than one could hope to ever achieve in several lifetimes.

"Pete" dedicated his life to serving others. He was a member of the Mountain Lakes Volunteer Fire Department, Police Commissioner of this this Department in the 1960s, rose to the rank of Sergeant Major during his times in the Marine Corps, having served under the famous "Chesty" Puller, and created the Marine Corps Law Enforcement Foundation, which is responsible for providing scholarships for children of fallen Marines and Law Enforcement members. In his professional life, he was on the board of directors for New Jersey Natural Gas, had his own seat on the Stock Exchange and was instrumental in the growth, success, and development of Mountain Lakes.

However, if you asked him his greatest achievement, it would come as no surprise, that it was marrying his high school sweetheart, Rosemary and having two children--sons Brian, and the late Peter--who passed away serving in the Marine Corps.

His life could not simply be measured by his numerous achievements, which by any other standard, set him apart from most. Instead, his selflessness and affinity toward helping others reflects who Pete really was--a dedicated and proud husband, father, war hero, and a selfless member of the community.

Sergeant Major, the salutation many in this department addressed Pete by out of admiration and respect for his service, will be greatly missed by all and forgotten by none. However, we take great solace and comfort in knowing we were blessed with having him in our lives for the time we did.

Warren "Pete" Haas is survived by his brother Alan, sister Jeanne, son Brian, his granddaughter Haley, grandson Peter and daughter in law Molly. Please keep them all in your thoughts and prayers.

Share Your Memory of
Pete
Upload Your Memory View All Memories
Be the first to upload a memory!