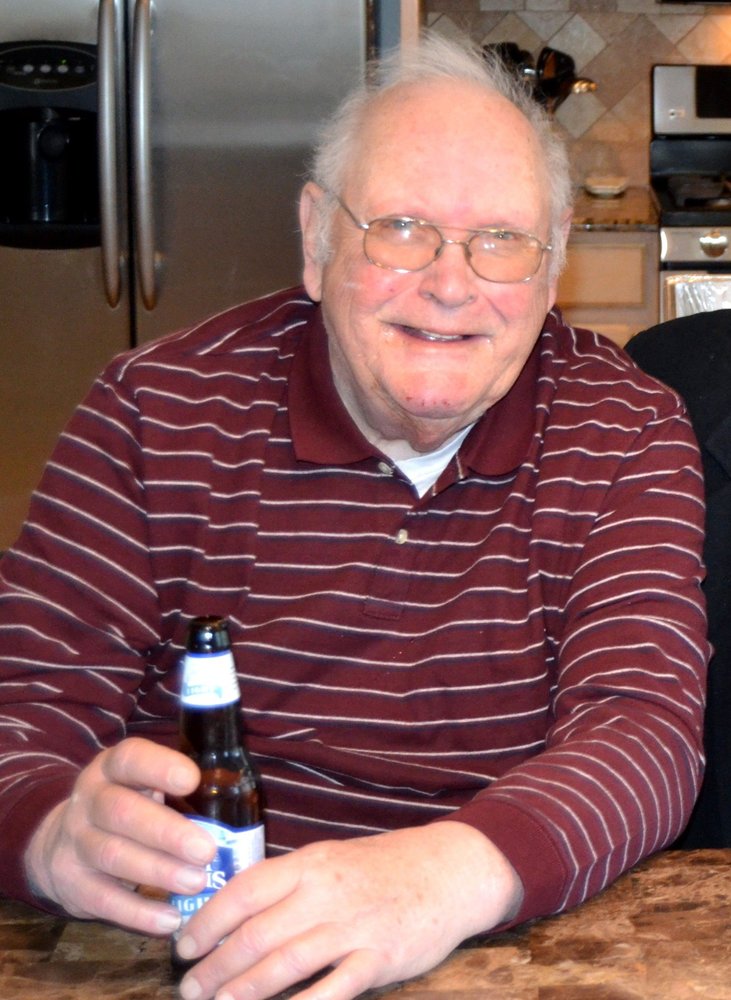 Francis "Frank"  O’Shaughnessy, of Denville, formerly of Vernon, passed away peacefully on Friday, September 11, 2020 at St. Clare's Hospital in Dover.   He was 84 years young.

Frank was born and raised in The Bronx, NY, to the late Patrick and Norah (McCormack) O'Shaughnessy.  He attended St. Simon Stock School and graduated from Aquinas High School in 1953.  Frank proudly served in the United States Army and was awarded a Good Conduct Medal.  He attended Manhattan College where he received his BA in business.

Frank married the love of his life, Florence O'Connell on October 24, 1959.  They moved to Cape Cod, MA, where some of their greatest memories were made.  It was a place they both held dear to their hearts for the rest of their lives.  Eventually, they moved to Vernon, NJ where they would raise their family.  He was a devout Catholic and was a parishioner of St. Francis de Sales.

As much as The Bronx ran deep in his veins, Vernon became home for Frank for over 40 years.  He truly loved it there.  On any given day you could find him sitting in his  backyard listening to the Yankee game on his handheld radio.  He enjoyed the outdoors and he loved baseball. He remained a die hard Yankee fan for life.

Frank was a true Irish Man, never leaving the house without his cap.   He was the epitome of the song "When Irish Eyes Are Smiling", as he was quick to flash his amazing smile, which would light up his whole face.  It was a rarity to see him without one.   Frank had a wonderful sense of humor, always quick to laugh, even at himself.  He never met a person, who didn’t like him right from the start.

Frank was an accountant by trade and he was a hard worker.  He retired from The Avon Corporation after many years of employment.   After retirement, he worked at Legends Resort as an auditor,  until moving to Denville in 2005.

Frank was a doting husband for sixty years to his wife Florence.  He was a Wonderful, Caring, Loving Father who always put his children first.  He was a very proud Grandpa who enjoyed watching his two beautiful Granddaughters grow.  They were simply the apple of his eye.  We are heartbroken to think that he won't be here with us to watch them grow, but we take solace in knowing he will be watching over them in the years to come.  We were privileged to have him as ours and we will miss him terribly every day.  We will cherish the wonderful memories that we have of such a loving Father.

Until we meet again, may God hold you in the palm of his hand.

Visitation will be held on Wednesday September 16, 2020, from 3:00 – 7:00PM at Norman Dean Home for Services 16 Righter Ave Denville, NJ 07834 www.normandean.com.  A Liturgy of Christian Mass will be held on Thursday September 17, 2020, at 10:00AM at St. Mary’s Church in Denville followed by interment services at Denville Cemetery.

Share Your Memory of
Francis
Upload Your Memory View All Memories
Be the first to upload a memory!