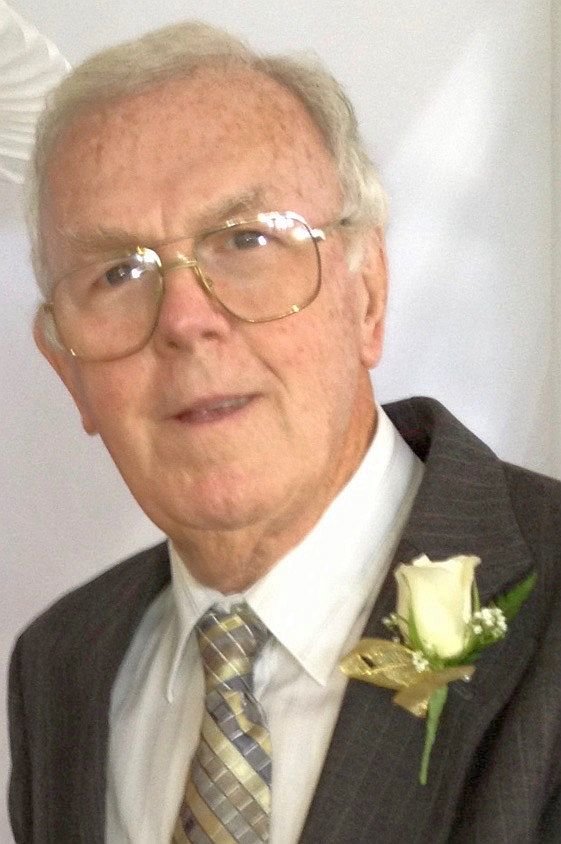 Loving father and husband and die-hard Notre Dame and Yankee fan Gerald Joseph Smith died peacefully at home on September 6, 2020, after a heart-breaking battle with dementia and Parkinson’s disease. Jerry was 83.

Jerry was born in New Brunswick, NJ on July 26, 1937 to Mary and Julius Smith and grew up in nearby Edison. He attended St. Peter's High School, where he played baseball and basketball, and graduated from New Brunswick Vocational School.

He served in the United States Army from 1960 - 1962, stationed at Fort Bliss, TX. Jerry credited his time in the Army as a major milestone in his growth, and maintained deep respect for its rigor and traditions throughout his life.

In 1963, he married Barbara Allaman of Denville, NJ. They had two daughters, Lisa and Kathleen. Jerry and their young family moved to Byram in 1967, where he and Barbara lived for the next 50 years.

Jerry worked at Picatinny Arsenal for 38 years. An engineering technician, he was responsible for test equipment designs for Army weapon systems such as the Abrams Tank and Bradley Fighting Vehicles.

Jerry was known for, well, being Jerry. Often noticed for his striking resemblance to Buddy Holly, he loved 50s rock, country and classical music and played them all in his house for the rest of his life. A meticulous woodworker and craftsman, his home was filled with precision do-it-yourself projects. He made numerous beautifully crafted wooden toys for his grandchildren and others. His toys became a staple at charity auctions.

Travel was one of Jerry’s passions. Early cross-country family sojourns in the trusty trailer gave way later in life to trips to Europe, Hawaii, and frequent cruises in the Caribbean. Budget upgrade notwithstanding, Jerry’s joy for these trips never waned. He delighted in initiating conversations with unsuspecting fellow travelers and recounting (and recounting) his adventures after returning home.

If you knew Jerry (or spent more than one minute with him), you knew of his passion for his beloved New York Yankees and Notre Dame Fighting Irish. Raised listening to them on the radio as a young boy with his Irish great-aunts, he stayed passionately committed to these teams for his entire life. Jerry lit up telling stories of his heroes from those teams throughout the decades, and trips to games were on his travel highlight reel.

Jerry’s favorite social activity was gatherings with family and friends. The larger the better. A party for a holiday, birthday, graduation, baptism, wedding, or a Friday night with an old friend - Jerry was in. And, when such parties were at Jerry’s house, everyone was on alert to be sparse in, um, using the septic.

Jerry leaves behind a bottomless barrel of inimitable jokes. He repeatedly told the nurses and aides what a great catch he would be for them if he were younger. His grandchildren were told “I’ve seen better heads on cabbages”, “I’ve seen better butts on cigarettes” or “that’ll cost you a buck three eighty five” as he handed them a snack. His daughters were subject to his annoyingly accurate skill of guessing gifts before opening them. His heirs will now commence their battle for his too-big-to-believe collection of Department 56 Christmas decorative houses. And, Barbara will remember “I’ll keep you around because you’re a good cook, keep a clean house, know how to fill out my hospitalization and tax forms, and keep doctors bills straight.”

Mostly, everyone will remember that millisecond before hearing any of these. That millisecond where Jerry’s eyebrows arched just a tad and his eyes lit up. You knew what was coming. And you laughed - just like he planned it.

Jerry’s enduring pride was the life he and Barbara created for their family. Raising them in a safe, vibrant home, fulfilling a lifelong goal of sending his daughters to college, enjoying the simple pleasures that come from hard work and prudent living, and watching his grandchildren complete college and begin their own careers gave him endless gratification. As Jerry would say: “Hey Barb - we done good”.

Jerry is preceded in death by his parents, Mary and Julius Smith, his sister Phyllis Hensperger, and his brother Julius (Jim) Smith. He is survived by his wife Barbara, his daughters Lisa Valentine (Arthur) and Kathleen Smith (Timothy), his five grandchildren Kaitlyn, Patrick, Catherine, Laura, and Margaret, his sister Joan Billheimer (John), and beloved brother and sister in laws, cousins, nieces and nephews.

Memorial gifts in Jerry’s honor will be directed to either the Alzheimer’s Association or the Visiting Nurse Association of Northern New Jersey Hospice by way of inmemof.org.

Share Your Memory of
Gerald
Upload Your Memory View All Memories
Be the first to upload a memory!