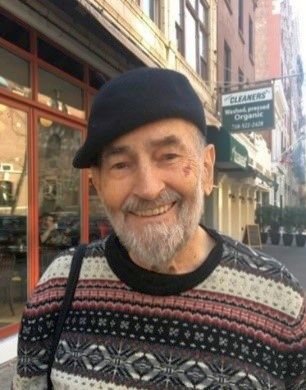 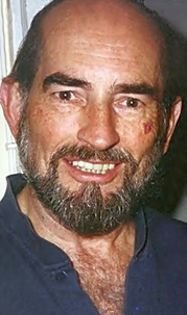 Philip Mahnken passed on June 29, 2020 at the age of 90, in the company of his two daughters, Alexandra Mahnken and Carisa Mahnken Wangsness, his partner Iris Lee Stoler, his former wife and mother of his children, Millie Pugliese Mahnken, his son-in-law James Wangsness, Carisa’s three children Cole, Cameron and Lexi Wangsness, and his brother Bill Mahnken.

Philip retired as a Battalion Chief from the Fire Department of the City of New York after being a Captain for many years at Engine 287 in Elmhurst, Queens.  He was a Lieutenant at Engine 205 in Brooklyn, walking distance from where he lived for the last twenty years of his life with his partner, the poet Iris Lee Stoler.  A plaque given to him from his firehouse sums up his career and his outlook:  To an Officer who never forgot he was a Firefighter.  Once a firefighter, always a firefighter – he could not walk into a room without scoping out the fire exits.

He was a familiar figure as a member of the Breakfast Club at Theresa’s on Montague Street, with his beret, Birkenstocks and overflowing bag full of heavy library books, three iPods and lots of Starbucks napkins.  He was passionate about history, politics and justice.  He loved classical music and had more tracks in iTunes than the software could handle.  The volume of his music was always at 11.  He had library cards from twelve different municipalities, and he maxed out every one of them.

Philip was known for his generosity with his family, friends, and strangers, but he had trouble spending money on himself and could never, ever pay for a parking spot.  He had a great sense of humor, even if not everyone got it.  He drove a grey Ford Taurus because it was the least stolen car in America and a grey car could be repaired with duct tape.

He was born in Brooklyn on August 24, 1929 to parents Olga and Oscar “Tuttie” Mahnken.  He had five siblings, Frederick, Charlotte, Ruth, Jane and William.  In addition to his two daughters, he considered his partner Iris’s daughter, Laurin Stoler, his third daughter.  He thought of himself as Italian, although a DNA test would probably not bear that out. He was a Paratrooper in the United States Army and a Police Officer in the New York City Police Department before becoming a Firefighter.  He graduated from Pace University with a degree in history, on a scholarship granted by the FDNY.

He was a wonderful, loving, devoted father, grandfather, husband, partner and friend.  He will be missed always.

We are celebrating his love of education and dedication to social justice with gifts to UNCF, a long-established organization funding the nation’s largest and most effective minority education organization at https://uncf.org/ways-to-donate or with the Facebook link (posted separately).

Share Your Memory of
Philip
Upload Your Memory View All Memories
Be the first to upload a memory!