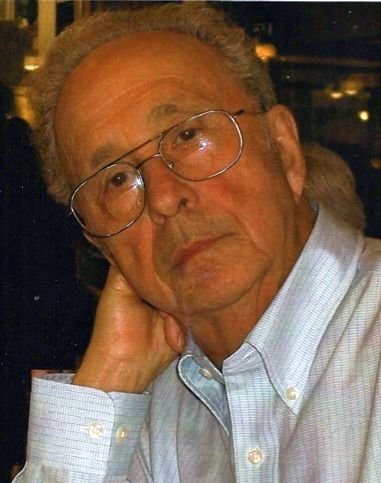 Antonio Mosquera passed away peacefully after a courageous battle with dementia on Saturday, May 23, 2020 at St. Clare’s Hospital in Denville. He had shared 88 years of unconditional love, dedication, and amazing memories with family and friends.

Born October 20, 1931 and raised in Havana, Cuba, Antonio was the only child to bless the Mosquera household. Unfortunately, Antonio’s parents passed away when he was only a child and he spent 5 years living in an orphanage in Havana. He joined the Cuban Army and received his degree as a Drafting Engineer.  He married the love of his life, his best friend and soulmate, Blanca Nieves Valdes, on December 17, 1960, who he lovingly referred to as “Totica”.  In 1966, fleeing Castro’s communist regime with his wife and two young children, Antonio and Mercedes, he relocated to the Ironbound section of Newark, NJ to begin their new life in the United States. Although Antonio was established as a Drafting Engineer in Cuba, his accomplishments were not recognized in this new country. With determination and hard work, he mastered the English language and after a few short years, he was again able to work in his chosen field.   He was an Engineer for the City of Newark for over 25 years before retiring in 2001. He continued to freelance as an architect for 12 more years after retirement just to pass the time.

Having, no family to call his own, he was adopted by his wife’s very large family and was welcomed with love.  Antonio was a friend to all, always willing to lend a hand when needed.  Never denying anyone help or assistance from a small construction project, to fixing a vehicle.   As a math whiz, tutored countless nieces and nephews in algebra, calculus and trigonometry.  His love of Chess was unmatched.  Another of his passions, he would play for hours with other chess masters. When he was blessed with his grandchildren, he never missed an opportunity to sit and teach them strategies of the game he loved so.

They moved to Rockaway, NJ in 2015 to be closer to their daughter, but sadly the new surroundings of the new home were too much for him and his decline with dementia was rapid.  He spent nearly 5 years living in a nursing home with 24 hour care, with his devoted “Totica” beside him every single day.  Antonio is the genuine definition of an American dream come true. His hard work ethic, devotion to family, and constant perseverance will live on for generations to come.

He leaves only joyful memories to his beloved wife of 59 years, Blanca Nieves Mosquera; his adored children, Antonio Mosquera and his wife Gail and Mercedes Ferrao and her husband Mario; his cherished grandchildren, David, Cameron, Damon, Jacob, and Hannah; his treasured pup, Chico, brother in law, sister in laws, countless nieces and nephews, family and life long friends.

All Services are private. Antonio will be entombed at Holy Cross Cemetery in North Arlington. Please leave a condolence, light a candle, and share your favorite memory of Antonio here to continue to celebrate the incredible life he shared with us.

Share Your Memory of
Antonio
Upload Your Memory View All Memories
Be the first to upload a memory!